Dispatches From The New Frontier

For more than fifteen years, best-selling author and historian Hampton Sides has traveled widely across the continent exploring the America that lurks just behind the scrim of our mainstream culture. Reporting for Outside, The New Yorker, and NPR, among other national media, the award-winning journalist has established a reputation not only as a wry observer of the contemporary American scene but also as one of our more inventive and versatile practitioners of narrative non-fiction.

In these two dozen pieces, collected here for the first time, Sides gives us a fresh, alluring, and at times startling America brimming with fascinating subcultures and bizarre characters who could live nowhere else. Following Sides, we crash the redwood retreat of an apparent cabal of fabulously powerful military-industrialists, drop in on the Indy 500 of bass fishing, and join a giant techno-rave at the lip of the Grand Canyon. We meet a diverse gallery of American visionaries— from the impossibly perky founder of Tupperware to Indian radical Russell Means to skateboarding legend Tony Hawk. We retrace the route of the historic Bataan Death March with veterans from Sides’ acclaimed WWII epic, Ghost Soldiers. Sides also examines the nation that has emerged from the ashes of September 11, recounting the harrowing journeys of three World Trade Center survivors and deciding at the last possible minute not to “embed” on the Iraqi front-lines with the U.S. Marines. Americana gives us a sparkling mosaic of our country today, in all its wild and poignant charm.

Experience the many faces of America with Hampton Sides as he:

AMERICAN EDENS
. . . runs the rapids during a man-made flood in the Grand Canyon; crashes the redwood retreat of California’s elite Bohemian Club; debriefs the “bio-nauts” as they emerge from captivity in the Biosphere; dives into America’s greatest swimming hole; gets ecstatic with the Zippies at their secret all-night techno-rave.

AMERICAN RIDES
. . . ponders silver bubbles at the annual Airstream RV convention; revs it up at the Harley-Davidson rally in Sturgis, South Dakota; sails the Chesapeake with snooty owners of a rare antique sailboat known as the log canoe; roams the streets with D.C.’s hard-core band of bike couriers.

AMERICAN BY BIRTH, SOUTHERN BY THE GRACE OF . . .
. . . speaks in tongues with black Pentecostalists of the Memphis-based Church of God in Christ; fishes for lunkers at the Bassmasters Classic; goes underground with the world’s greatest cave rescuer; unravels the mystery of a notorious teen murder in rural Mississippi.

AMERICANS ABROAD
. . . crosses the Sahara Desert with American endurance runners at the infernal Marathon des Sables; bushwhacks through MesoAmerica with Mormon archaeologists in search of lost tribes of Israel; visits a high school friend who’s become an Uzi-toting Zionist pioneer in the West Bank; walks the route of the Bataan Death March with characters from Ghost Soldiers.

AMERICAN OBSESSIONS
. . . cranks it up with high-end stereophiles at the Consumer Electronics Show in Las Vegas; gets bowled over by 5,000 squealing salesladies at the annual Tupperware convention; plumbs the mysteries of the “schwa” at the National Spelling Bee; scrapes at the stucco of the neurotic architectural tradition known as Santa Fe Style.

“This may be the best road trip you’ll ever take—full of strange vision, hilarious detours, and sudden beauty in unlikely places.” –Burkhard Bilger, staff writer at The New Yorker

“’The ancient boyhood impulse to Get In,’ as Hampton Sides puts it, fuels this rollicking book. An entertaining investigative trek through parts both familiar and strange.” –Anthony Swofford, author of Jarhead

“Hampton Sides’s America is a flabbergasting place. Funny but never at the expense of his subjects, wise but not wiseass, Sides seeks out decidedly non-average Americans who dig themselves deep into things.” –Mary Roach, author of Stiff

“This is a dream adventure you’ll likely never get; fortunately, Sides has been there. Wry, exuberant, and always compassionate, Americana is pure pleasure.” –Doug Stanton, author of In Harm’s Way

“Inside this riveting collection we find a country of hotly competing tribes encamped on the headlands of a still undefinable frontier. These incisive and often humorous stores comprise the vanguard of a new literature about America and its vast complexities.” –Michael Paterniti, author of Driving Mr. Albert 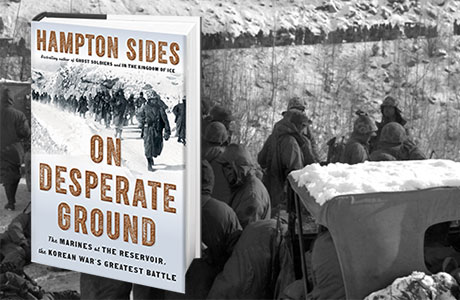 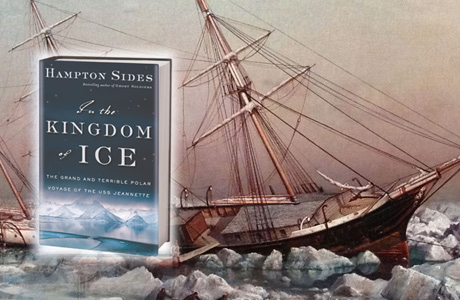 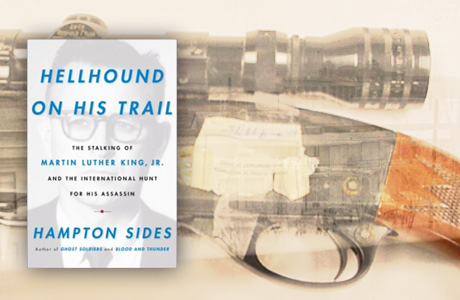 An Epic of the American West
Copyright © Hampton Sides
gabriella marks × firecode.core
Back to Top